Backup4all 7.2 was released, a major update that adds a new option to run backups after a selected period of time and multiple interface languages. The new version contains important features and updates thus we highly recommend downloading it. You can download the new version here: Download Backup4all.

Option to Run backup after X hours. Version 7.2 adds a new option that allows you to quickly define a scheduled backup. “Run later” lets you schedule the current backup to run after X number of minutes or hours, or to run at a specific time. This option is basically a shortcut for scheduling backups. 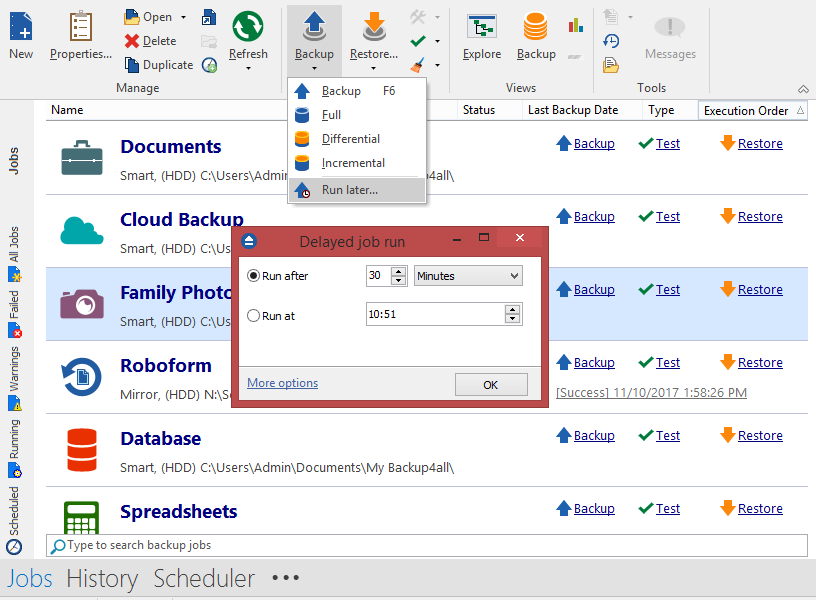 This version update is free for all users that have an existing valid license of Backup4all 7.x.