Windows 8 has recently entered the release-to-manufacturing stage and will be generally available on October 26, 2012.
We have tested Backup4all before on Windows 8 too (on all 3 previews they had so far, Developer, Consumer and Release) and we kept pace with the changes they did so far by ensuring that Backup4all remains compatible with it. We’re releasing today a new build for Backup4all, 4.8.282, which basically only contains several fixes that make it 100% fully compatible with the latest release of Windows 8. What we’ve fixed in this build:

Doing these tests on Windows 8 we invariably gather feedback regarding the new operating system. It seems that Microsoft keeps developing these OSes sinusoidally, XP was excellent, Vista not so much, Windows 7 great again, Windows 8 … guessed yet? Here’s some of the things that we consider bad in Windows 8:

There are other little rants we could talk about, but overall the main impression is that Windows 8 is an operating system designed for tablets rather than full desktop PCs. Hopefully Windows 9 will be for 8 what Windows 7 was for Vista, a breathe of air. Oh, and here’s a dull screenshot of Backup4all on Windows 8 (no more eye-candy as in Windows 7 or even Vista): 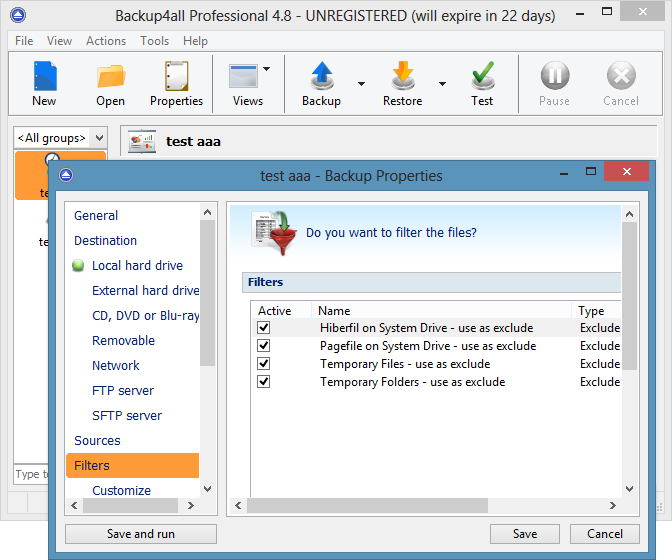 Do you have any opinions about Windows 8? If so, please share it with us too in the comments below.